Why France is still the 'home of wine' 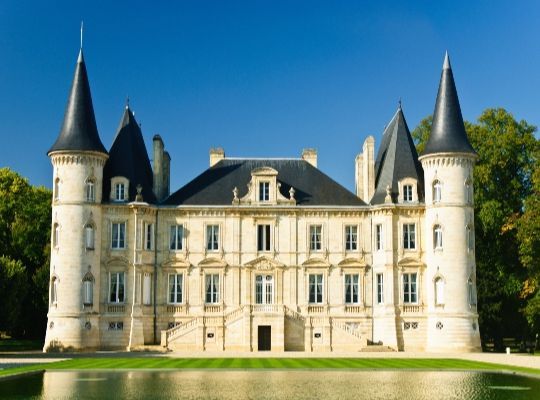 I’ve just started running a couple of sessions on French wine and it is always fascinating to see just how revered France is and how widely accepted it is as being the spiritual ‘home of wine’ despite the plethora of wine choices out there from other well-established wine producing countries and the New World.

The case for France is fairly strong. Although the 1st vines were not planted in France, wine has been running through French arteries for over 2000 years. First the Romans, then the Catholic church established grape growing and wine making in regions across France. The Church, which was the largest vineyard owner, exerted considerable influence over what wine was produced in different regions from which the concept of ‘terroir’ was formed which links a wine to the place in which the grapes are grown.

This firmly planted wine as an intrinsic part of France’s history, identity and culture. Over hundreds of years French vignerons have developed a deep, expert understanding of their own local terroir, including which grape varieties work best and have adapted winemaking practices to suit the local environment. After the second world war France had the foresight to use terroir as the basis of it recognising quality wine regions up and down the country under the Appellation d’origine contrôlée (AOC) system. The recognition of historic best practice that’s enshrined in the rules and regulations that underpin the AOC system is appreciated by wine drinkers around the world as a guarantee of the quality and heritage of a wine. France labels its wines with the name of the region because that’s what the French are selling – a taste of the place where the grapes were grown.

Today France is home to wine regions which are regarding as producing the finest wines in the world including Bordeaux, Burgundy, Champagne and The Rhône and The Loire Valleys. The wines have a world-wide reputation, are generally made in a way that means they will develop with age and have the pedigree that makes them highly sought-after.

Of course, the rise in popularity of wines from the New World (countries like Australia, New Zealand and Chile) has challenged France’s moral authority as the home of wine. Winemakers in the New world are not bound by the bureaucracy and red tape of historically based rules and regulations, and we have all benefitted from an explosion of readily available, well-made wines with an emphasis upon up-front fruity charm rather than ageing potential. It’s certainly true to say that wine has become easier for many people to understand as the New World tends to label their wine with the name of the grape variety rather than the region. Grape varieties are now a common language across the world and consumers know what to expect from a wine called Chardonnay but still struggle to know what to expect from a wine called Chablis.

While many consumers have switched out of the more generic wines from France into wines from the New World, I think it’s clear that the New World has struggled to re-imagine the idea of a wine reflecting a sense of place in a way that has captured the attention of consumers.

The French concept of ‘terroir’ has proved to stand the test of time and demand for French wine, particularly fine wine, remains very strong. That’s why I think for now; and possibly for a few more years to come, France will remain the home of wine.

Why take a wine class?