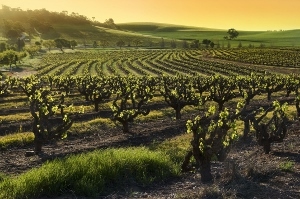 Our fifth venture into the world of Fine Wine Encounters, delivered via our specially produced tasting packs, see us throw a spotlight on one of our favourite Australian producers: welcome to an evening spent with D'Arenberg! Based in McLaren Vale, in the heart of South Australia's Red Wine Country, D'Arenberg are now well in to their fourth generation of winemakers from the Osborn family; at the head of the operation sits the ever eccentric genius winemaking brain which is Chester Osborn. Known particularly for their Rhone-Ranger style of wine making, with Shiraz, Grenache and Mouvedre featuring prominently in their wines, more recent wines have seen a branching out in to other Mediterranean varities...

D'Arenberg's most iconic wine is the legendary Dead Arm Shiraz, a wine of almost indescribable power and concentration, made from vines affected by a condition known as Eutypa Dieback. This fungal disease kills one side of the vine, leaving a 'Dead Arm', thereby reducing the overall yield by half, but also concentrating flavour and sugar in the other half. These vines are expensive to maintain but produce some spectacular wines as a result of that pesky disease!

Once Chester had perfected his tributes to the Rhone Valley wines, he set about launching a new project at D'Arenberg, exploring how grapes of Spain and Italy's Mediterranean coast might take to his vineyards in McLaren Vale... the answer is incredibly well!

Our tasting will showcase the legendary trio of icon wines which originally put D'Arenberg on the map: The Ironstone Pressings GSM, The Coppermine Rd Cabernet Sauvignon and the incomparable Dead Arm Shiraz. Next, we’ll move to the new generation of D’Arenberg including the illusive and quite brilliantly named Athazagoraphobic Cat, a blend of Sagrantino and Cinsault, it definitely doesn't need to fear being forgotten!!

Wine tasting packs are included in the price, posted to you by Avino- a company which produces tasting packs for, amongst others, the Institute of Masters of Wine. Allocation of these wines is very scarce, but we are lucky enough to be able to produce 40 tasting packs, each one containing 50ml of each of these world class wines.

Contact us if you wish to purchase a second tasting pack for 47.50 and we can send two to the same address...

Here's how our tasting will shape up-

The pinacle of D'Arenberg's Rhone odyssey, a perfect harmony of Grenache, Shiraz and Mouvedre, all pressed using the winery's ancient basket press, and aged perfectly in French oak. A core of cold iron minerality is wrapped up in generous plush red fruit and an abundance of sweet spice- a hedonistic wine to savour and enjoy.

The top Cabernet in the D’Arenberg range, packed with classic aromas of cassis, black cherry and plum which sit alongside more savoury touches of mushroom, truffle and black olive. Piercingly acidic, furry on the gums with firm tannins, and all topped off with a smooth lick of new French oak.

A wine which needs no introduction! One of the genuinely iconic Australian Shiraz, pure and intense varietal fruit flavours, soft supple tannins and that signature whack of black pepper on the finish. Complexity is delivered with the subtle layers of spice, not just the pepper, the boxwood, the cedar, and the rich umami meat notes. Mouth-watering!

A more recent bottling made partly in tribute to the influence of Chester and his legacy. The ‘Old Bloke’ in the title is both the oldest Shiraz vines of D’Arenberg, but also Chester himself. The Three Young Blondes are Roussane, Viognier and Marsanne, all planted by Chester in the 1990s, the white skins are co-fermented with the Shiraz, they also represent Chester’s three daughters and the future fifth generation. A treat normally reserved for sales at the winery only…

An expansion of D’Arenberg’s Mediterranean influence, moving beyond the Rhone and into Italy… Sagrantino, one of Italy’s most majestic black grapes, blended with Cinsault, to produce a wine of tremendous concentration, power and tannic structure. Less hedonistic and lush than the previous wines, this demands a knife and fork and ideally a hunk of red meat to go with it! Taste and enjoy the most ‘serious’ bottling D’Arenberg has done to date.

A little bottle of pure Shiraz-deliciousness! Fortified, Port-style, with plenty of unctuous sweetness and all that glorious blackberry fruit, what a perfect way to end the evening with a dram of this and a hunk of blue cheese? 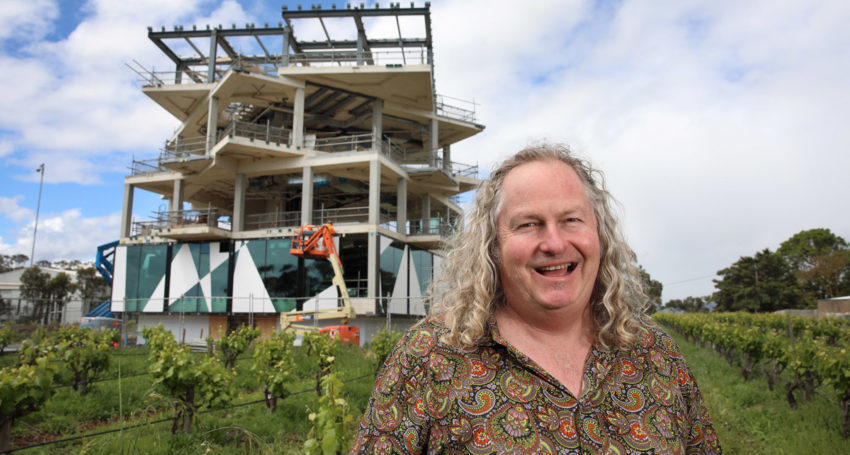