Anyone familiar with the wines of the Rhône Valley will be aware of Château de Beaucastel. This historic estate dating back to the 16th century has belonged to the Perrin family since the early 1900s and produces some of the finest wines of Châteauneuf du Pape (both red and white). It is famous not only for using all the grapes permitted for Châteauneuf, but also for including a much larger proportion of Mourvèdre (up to a third) in its blend than most producers.

Almost as famous is the estate’s Côtes du Rhône, Coudoulet de Beaucastel, which comes from vineyards just outside the Châteauneuf boundary, with almost identical soil. It receives the same care and attention as its big brother, so it’s no surprise that it’s a wine that consistently punches above its humble appellation.

It’s a pleasure then to be able to put on a vertical tasting of Beaucastel and Coudoulet in which we’ll try both wines from the vintages 2014 to 2017, all of which were highly successful in the Rhône. It’s a chance to learn about the history of Château de Beaucastel, discover more about the various other projects in which the Perrins are involved and discuss what the various grapes bring to the wines.

And of course it’s a chance to sample some fabulous, critically-acclaimed wines, including the stunning 2016 Beaucastel which garnered an astonishing 99 points from the influential commentator James Suckling. No surprise then it sells for around £90 a bottle. Indeed, if you were to buy a bottle of each of the wines, you wouldn’t have much change from £400. That is if you can find them – the older vintages in particular are increasingly hard to find.

But now you have the chance to try all eight wines for just £67.50. The cost includes full tasting notes from Beaucastel for all the wines, and there’ll be some high-class cheese (tasty but not too smelly!) to try alongside the wines.

Places are limited to 25 and we expect demand to be high, so book soon to avoid disappointment. 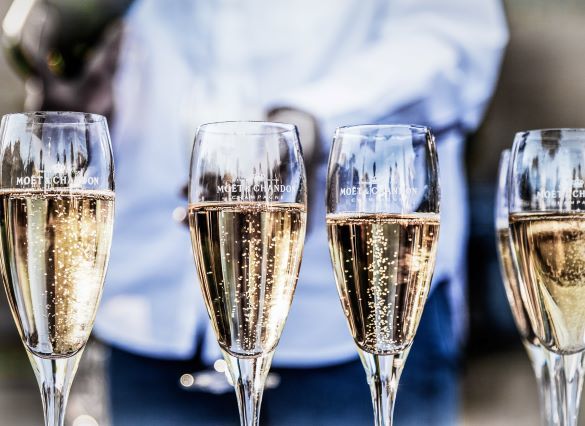 Sat 06
Nov
- 2021 -
Prestige Champagne and Sparkling Wine Masterclass
Princess Room - Yang Sing Restaurant
2:00pm
For many people we know, the first rule of wine is that it should be sparkling. . If you fall into that bracket, or you know someone who does, allow us to introduce our Prestige Champagne and Sparkling Wine Masterclass.
£45.00
Gift options available
Sorry, Sold Out
More Info